The term Acoustic Mitigation Device (AMD) refers to a variety of active, acoustic deterrent devices used to discourage marine mammals from approaching a region where industrial sound (e.g. pile or conductor driving, seismic exploration etc.) is likely to cause auditory damage. There are two major categories of AMDs:

OSC supplies high performance pingers with an output that meets regulation (EC) 812/2004. If there are any specific mitigation requirements stated in licences/permits or by government authorities, we can calculate the optimal number of pingers. 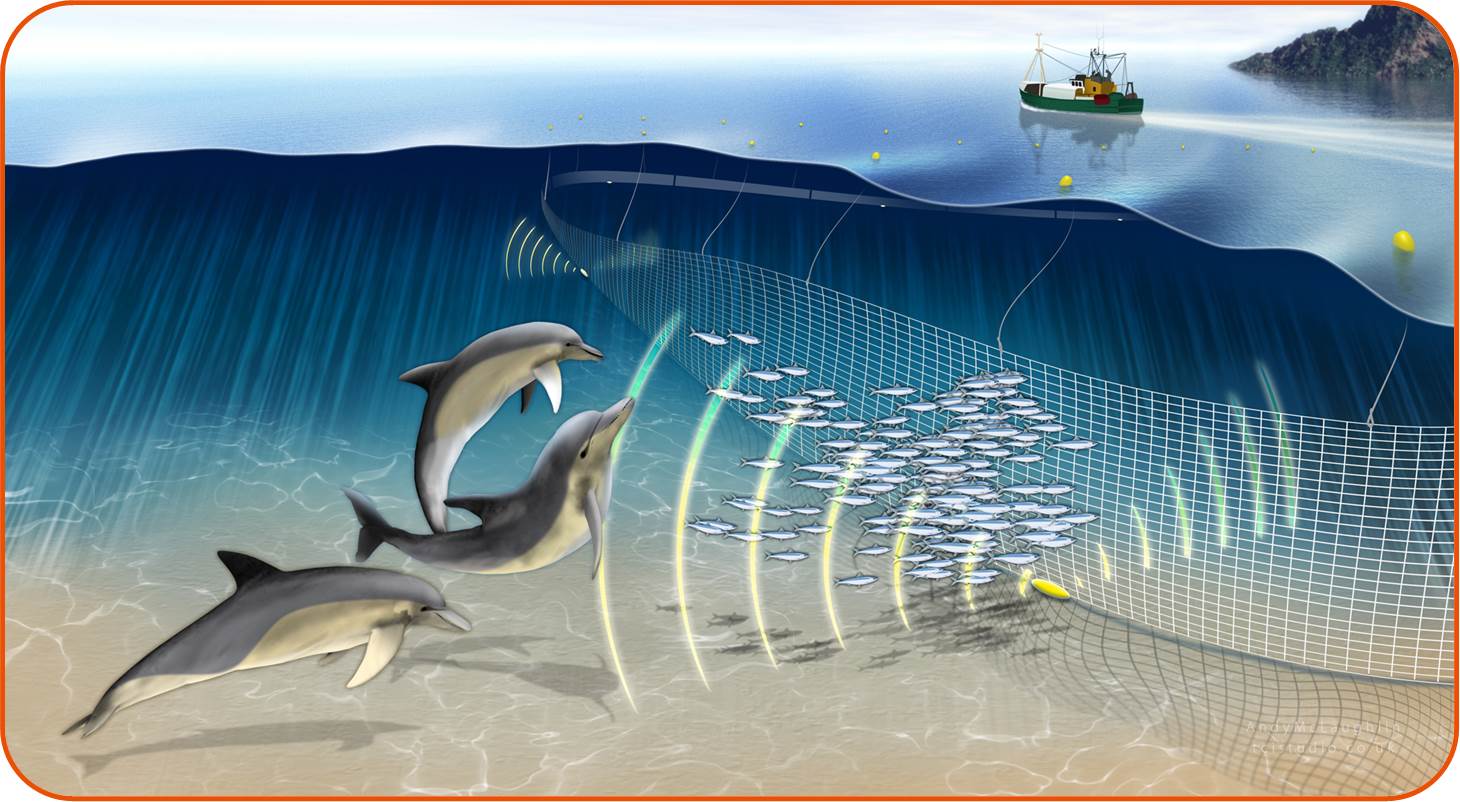 Illustration of how a pinger works. Image designed for the Cornwall Wildlife Trust by Andy McLaughlin at www.tcistudio.co.uk

These devices operate continuously (i.e. no need to activate in the field), typically for around 2 years’ on a single C-cell battery, which can be changed easily. These pingers are small, light, brightly coloured, and have a durable carrier with attachment points on either end, so they are easy for field personnel to deploy.

In field studies, these pingers have proved >80% effective at excluding harbour porpoises, the species that most authorities are concerned about, but these pingers also exclude dolphins. The German Bundesamt für Seeschifffahrt und Hydrographie (German Federal Maritime and Hydrographic Agency, BSH) authority’s standards are arguably the strictest in Europe, so OSC tends to use their mitigation requirements as a benchmark, and these pingers are compliant.

OSC can supply two types of ADD: (1) seal scarer, designed specifically to deter pinnipeds; and, (2) marine mammal ADD, used currently in a mitigation context to deter porpoises (and other marine mammals, such as seals). Both systems are available, are easy to install and operate, and comprise a sound projector (wet-end) on a long cable, and a battery and control device top-side, to facilitate deployment from a rig/platform or support vessel. The battery can be drained completely, or topped up (charged) between piles/acoustic operations. Both are state-of-the-art technology and also comply with the German BSH standards. 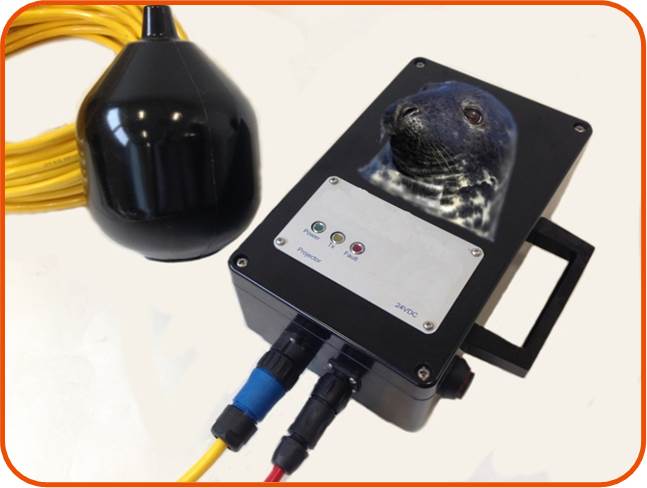 Picture of a seal scarer

Why do I need to deter marine mammals?