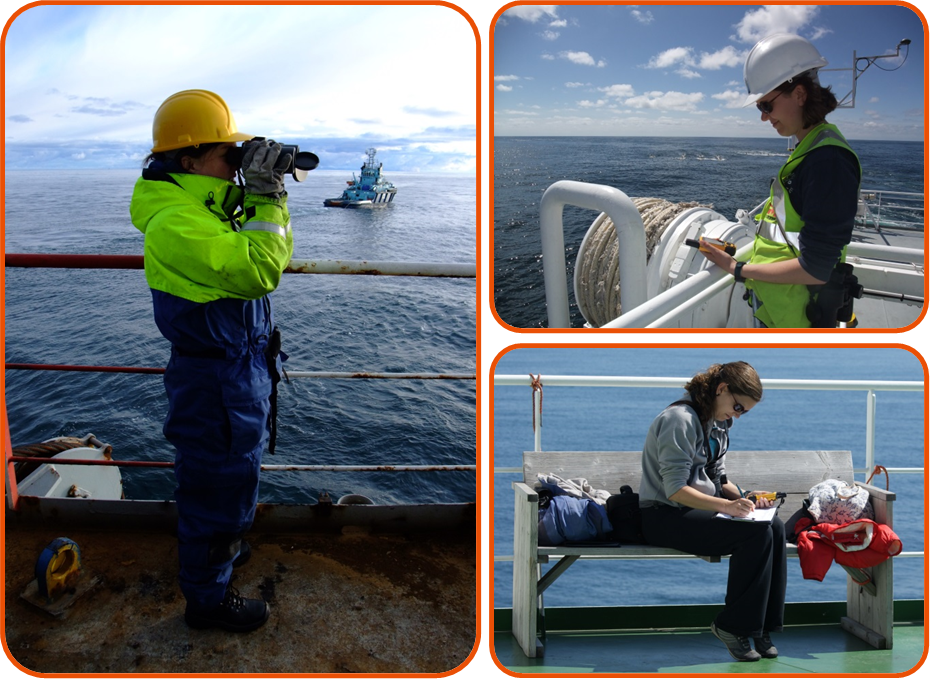 OSC provides Marine Mammal Observers (MMOs) for the marine seismic industries. Our experienced and qualified MMOs assist in reducing the impact of operations on the marine environment without breaching environmental protocols and regulations to ensure that marine industrial operations are compliant with mitigation guidelines. Marine Mammal Observers are also used for the purposes of scientific research, for example when employing distance-sampling methodologies to derive population estimates. In both cases, mitigation actions, including soft starts, delayed soft starts and airgun shutdown, will be implemented when marine mammals or turtles are sighted within specified distances (typically 500 or 1000 m).

All our Marine Mammal Observers hold the full suite of offshore training qualifications, including:

As part of being involved in large industry projects, our MMOs often receive extra training. Additional courses include:

MMOs are typically experienced and qualified prior to joining our team, but most candidates, particularly cruise leaders, still receive in-house training to ensure a high standard is adopted by OSC staff, at all times. It also ensures that there is a pool of personnel adopting universal methodologies, which in turn can facilitate data comparability for future surveys and monitoring.

MMO guidelines vary from country to country, but our MMOs are flexible, stay up to date, and have extensive knowledge of operational procedures and industry regulations. This enables them to interpret and implement all guidelines quickly and efficiently in real-time situations, which minimises disruption and operational downtime. OSC MMOs can work to all guidelines, but those used most commonly include:

The science of infra-red (IR) night-time vision technology is still in its infancy. We have conducted some preliminary research on night-vision systems and trialed their use in the field during marine mammal observations, with poor results, so OSC is unable to warrant and recommend this methodology. Nevertheless, we are willing and capable of providing this service according to regulatory necessity (e.g. German and Australian waters).