Marine mammals as a whole are widespread and found in all oceans of the world (See Fig. 1.), but individual species distributions vary substantially. The killer whale, for example has a vast range that spans the majority of marine environments, whilst other species are confined to small areas such as Maui’s dolphin, which is endemic to North Island, New Zealand (Ferreira & Roberts, 2003). Distributions of all marine mammals are displayed in Table 1; subspecies have been addressed separately in Table 2. Species and subspecies deemed to have solely freshwater distributions have been addressed in the freshwater regions tables.

Division of regions refers to the main oceans, enclosed and semi-enclosed seas and interconnected sub seas. For a full regional breakdown of boundaries, see Figure 1. Where marine mammal ranges did not fit succinctly with our divisions, we have specified further by classifying species as vagrant, visitor or endemic. As per Reeves and Notarbartolo di Sciara (2006), ‘vagrant’ applies to species with any verified presence in regions beyond their usual range, whilst ‘visitor’ species are observed more commonly in regions beyond their usual range, but are not considered native to these external regions. Endemism refers to geographical constraint and range limitation of a species to a localised region (e.g. if a species is found throughout the entire North Pacific, it is not considered to be ‘endemic’ to the North Pacific).

Regions in Figure 1 are divided-up as follows: 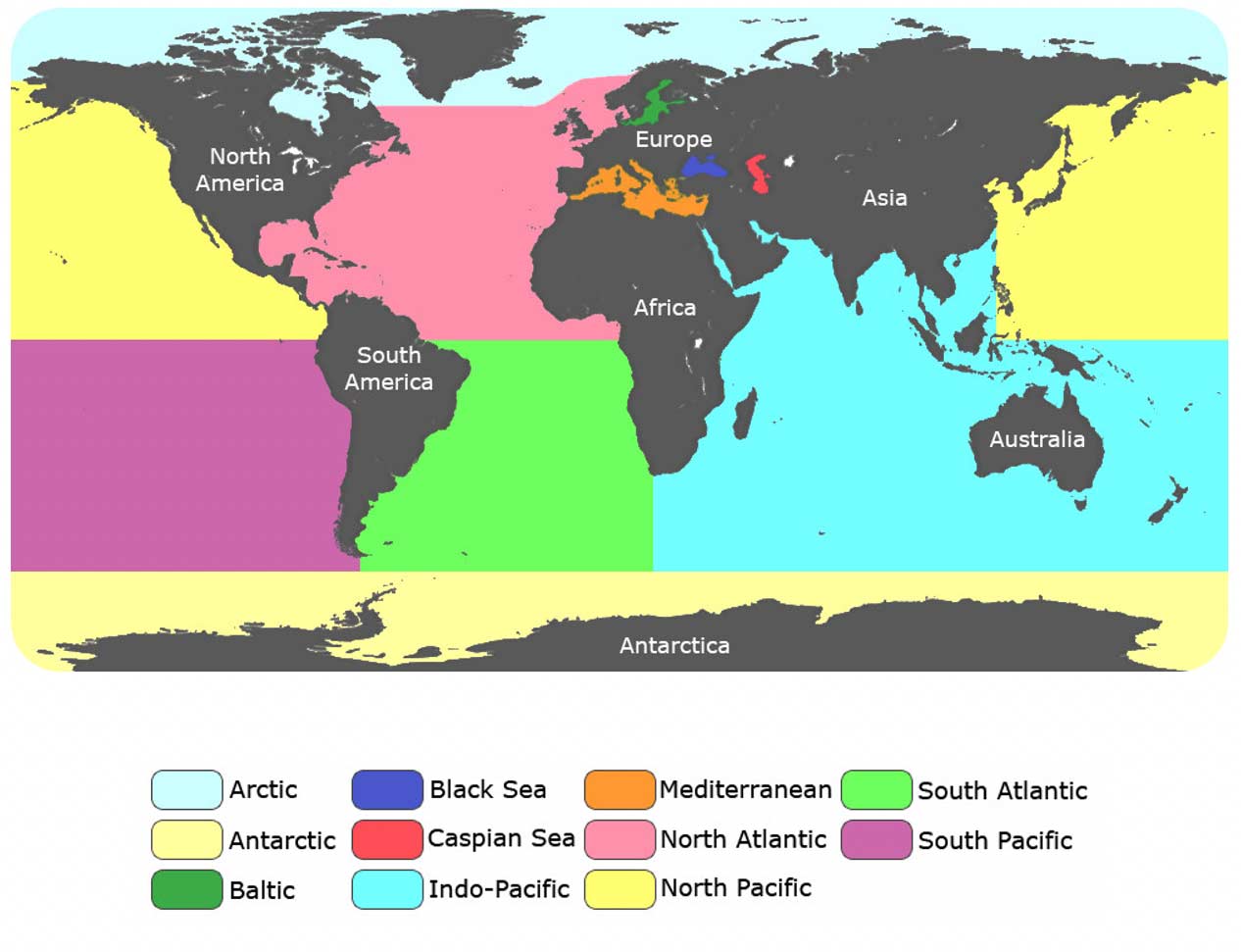